Fans of ACID Cigars and Drew Estate Cigars know that 2019 is a special year not only for Drew Estate but for the industry as a whole. This year marks 20 years since ACID first hit the market in 1999, putting Drew Estate on the map and on the road to becoming the powerhouse it is today. Not only that, the release of ACID also changed cigar smokers’, and the industry’s, perceptions of infused cigars.

Prior to ACID’s arrival, the acceptance of infused cigars could be described as tepid, at best, to downright disgust, at worst. They were often equated with gas-station-quality cigarillos, not premium, hand-rolled cigars. But that all began to shift in 1999 in an area of Brooklyn referred to as DUMBO (meaning Down Under the Manhattan Bridge Overpass), where Jonathan Drew, Marvin Samel and Scott Chester had a vision to disrupt an industry, change the status quo and create a new segment in the premium cigar industry: premium infused.

“The ACID brand shook the foundation of the traditional cigar empires across the globe,” declares Jonathan Drew, president and founder of Drew Estate. “ACID’s impact was much more than just disruptive; it essentially cracked the mainframe of the sleepy status quo.”

The popularity of ACID spread like wildfire. Different infusions and sizes were added, catering to every smoker’s palate. Retailers soon realized the power behind the brand and welcomed ACID to their stores. It is now the No. 1-selling cigar brand in the United States.

To celebrate the milestone of its initial release, Drew Estate knew they had to do something special, so they dreamt up the ACID 20. “The process to come up with the ACID 20 was a long journey,” says Raphael Gros, ACID’s brand manager. “After 20 years, the brand has reached a certain maturity, like our loyal customers’ palates. They are looking for a rich maduro profile, while maintaining ACID’s signature. It’s perfectly balanced sweetness.”

ACID 20 begins with Nicaraguan filler, which is then wrapped in an ultra-premium Indonesian binder and finished with a toothy, lush San Andres maduro wrapper. And don’t forget the ACID staple: a sweetened head, a secret blend of herbs, and natural and botanical oils—one of the most closely guarded secrets in the cigar industry. The ACID 20 is then wrapped in chromed-out packaging, featuring a steel medallion, that is worthy of this double-decade achievement.

“We blended it to appeal to the long-standing infused palate, the ACID aficionados, as well as the traditional cigar smokers open to a sweet full-bodied moment,” Gros says.

ACID 20 had to be good enough to stand on its own against some of its brothers and sisters, Blondies and Kubas. It also had to be a cigar that every ACID cigar smoker would enjoy, and all traditional cigar smokers who are interested in ACID would grab and enjoy it as well.

“Our crash test was to give the blends to the traditional cigar smokers in the Drew Estate office that only picked up an ACID occasionally,” Gros says. “When they demanded more of this blend, we knew we had found the right balance. ACID 20 was born.”

You would think an anniversary cigar such as the ACID 20 would carry a hefty price tag, but no. It’s the same price as a Kuba Kuba. 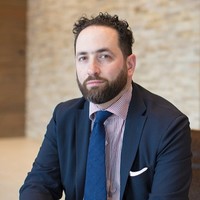 “ACID is an experience for all smokers. It’s a premium, hand-rolled cigar just like every other in their humidor, so encourage your customers of all smoking types to be open to the experience. Start with an ACID 20, which we are seeing bridge the gap between traditional smokers and infused enthusiasts. Let them light it up in your store, and enjoy the taste and aroma.”

So what is it that keeps ACID fans coming back year after year for 20 years? Could it be the consistency of the quality of cigars coming out of Drew Estate’s La Gran Fabrica factory? Or that it’s an approachable option for smokers new and old with its variety of sizes and profiles?

“The ACID is for all smokers whether they are starting on their cigar journey or an old-time veteran,” says Joe Gro, digital marketing manager at Drew Estate. “Perfect burn, smooth draw and a taste explosion that is unmatched by any cigar in the world.”

The release of the ACID 20 is not the end of the ACID celebrations either. Jonathan Drew promises more releases, more activities, and, of course, ACID staying at the top of the charts.

“We’re just getting started here,” Drew says. “ACID has been on a meteoric journey from the cigar nobody wanted in their stores, to theNo. 1-selling brand in the United States. We aren’t just shooting for the moon, we’re ready to take ACID to another galaxy.”

For transparency with this review, I have to say I am usually not a huge fan of infused cigars. I typically tend more toward the dark, full-bodied cigars you can find. But I’m also always up for a good time and trying cigars that are a little bit different. ACID is definitely different. In fact, ACID could be considered the king of fun and different in this industry.